After not being thrilled with the results of one of my recent posts about finding an Evernote alternative, i’m now focusing on finding encrypted note-taking apps. Particularly encrypted Evernote alternatives. All the criteria from the previous post is the same, but being sure no third party employees of a company can read my notes is paramount. I have documented the apps i’ve researched below.

TL;DR: Joplin is the Evernote alternative i was looking for with end-to-end encryption, .exex importing, multi-level hierarchy of notebooks, a web clipper, device sync, and it’s open source!

Being that i have over 2,100 notes across 100+ notebooks and notebook stacks, i knew it be wise to approach importing things stack by stack and notebook by notebook, regardless of the app i was using.

Joplin does a wonderful job of importing native Evernote file format. The import includes the file attachments (images in my case; i’ve never attached other things to my notes), their tags and other meta data.

The only thing Joplin fumbles the ball on is importing notebook stacks exactly as they were in Evernote. As a workaround, i had to re-create each sub-level notebook in Joplin. A bit mundane and grinding, but it worked out. 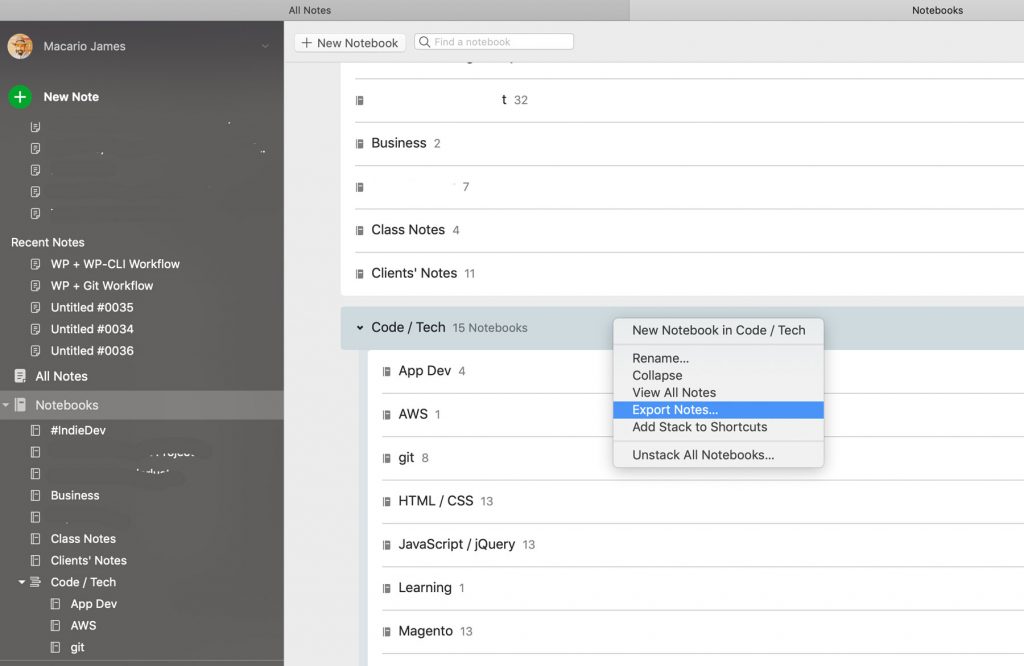 The screenshot above is how i recommend exporting all the notes from a stack in Evernote. I would also suggest going into each Notebook, say “App Dev”, selecting all the Notes within and adding a tag with the same name “App Dev” for easy finding after importing into Joplin. Then move them to the manually created notebook with the same name in Joplin. If, of course, you’re trying to recreate in Joplin what you had in Evernote.

One good thing about Joplin over Evernote is multi-level nesting of notebooks! The E2EE and multi-level hierarchy is everything i’ve wanted with Evernote forever. 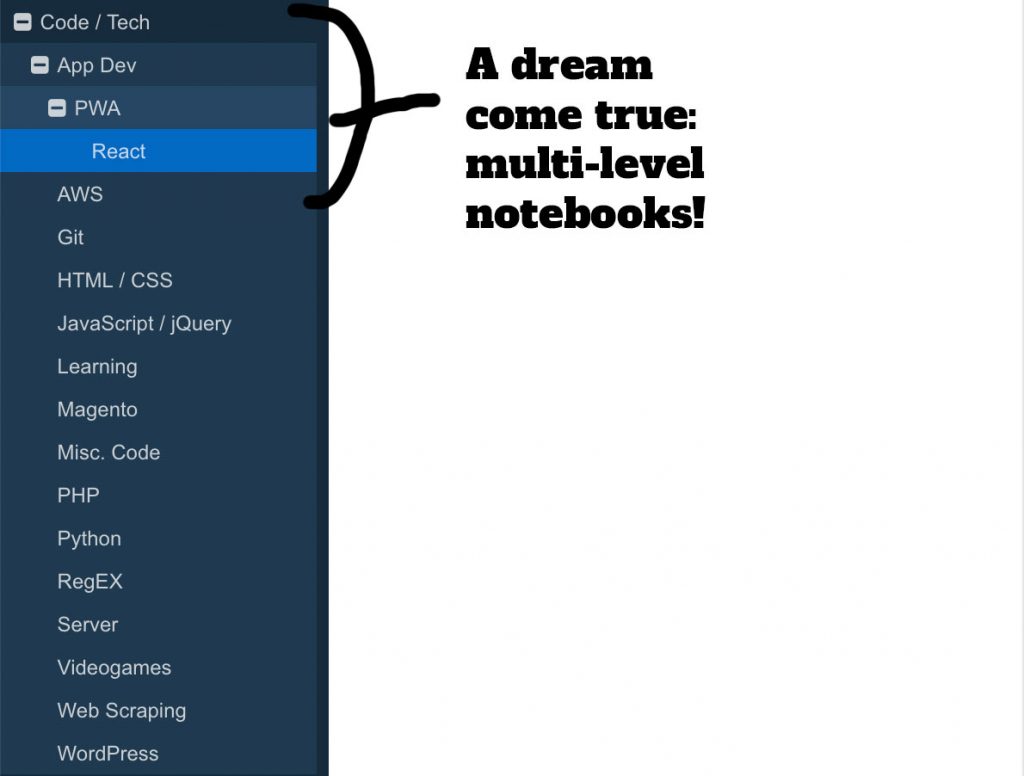 Having this ability, once i’m done importing all my content, i’ll be able to reorder all my stuff in a way that relies less on tags to organize everything. I’m excited.

As i mentioned above, the syncing between devices takes some work, but it’s not difficult, and i actually prefer the way it’s implemented. I say this because you are in control of where your data is stored between these choices: NextCloud, Dropbox, WebDAV and OneDrive. I personally go with Dropbox since that’s the service i’m already using.

I don’t have to worry about some 3rd party company’s employee browsing through my documents. Sensitive or otherwise. It’s reassuring, a sense of “freedom” if you will.

One thing that could use some work is sharing web pages to Joplin on Android. Unlike doing so on Evernote, saving the page only saves the link and not the whole page. Disappointing. But not the end of the world.

I’ll maintain using Evernote as a web clipper exclusively. I mean, my onus for leaving them was to use on a more secure, privacy-focused app for my notes, and Joplin is that. Saving web pages isn’t sensitive or anything, so no worries there.

Like all my posts with reviews and such, i’ll update this if anything else unfolds.

I use Linux and NixNote2 as a client of Evernote. However, I am looking for more freedom about the look of the document. The markdown of Joplin seems to have more options.

So, I am migrating from Evernote to Joplin just now. I have imported my notes from Evernote yesterday (I didn’t read your post before 🙁 to get the same hierarchy).

How do you feel about your transition? Are you satisfied nowadays?